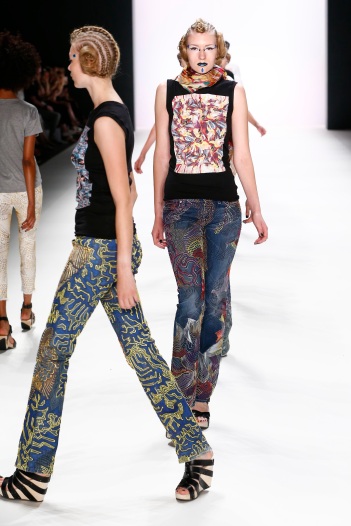 The online auction house for extraordinary things, Catawiki announced [Johny Dar’s] highly anticipated ‘Jeans for Refugees’ celebrity collection is now officially open for bids. UAE residents can now bid for these jeans along with people across the globe.

‘Jeans for Refugees’ is a global artistic collaboration dedicated to helping refugees all around the world. The project is the brainchild of iconic fashion designer and artist Johny Dar, [and] involves 100 celebrities who have achieved worldwide recognition in fashion, film, music and the arts.

Each individual has donated a pair of their jeans which [has] been painted and given various artistic treatments by Dar. From Hollywood A-listers Ryan Gosling and Sharon Stone to Britain’s very own Sir Elton John and Victoria Beckham, these celebrities and Dar have joined forces to create this unique initiative. With all proceeds going to the International Rescue Committee (IRC), the project will help fund the IRC’s initiatives which help millions of refugees worldwide on a daily basis.