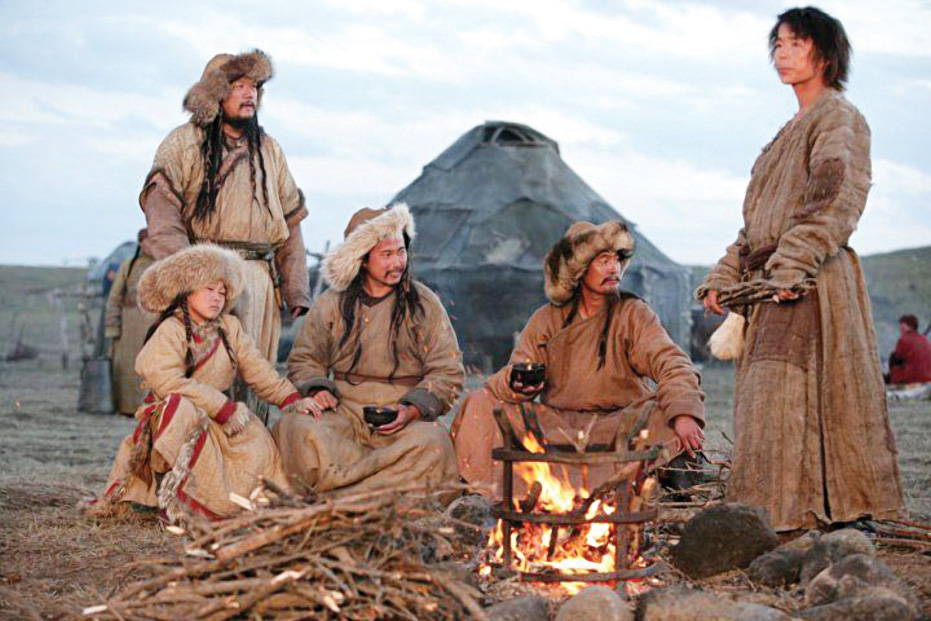 Mongolia, often associated with Genghis Khan, has held a deep fascination with people abroad for centuries and continues to inspire journalists, students and authors even today who are keen to write and study about the Mongol tribes, the Mongol Empire and modern Mongolia.

The fascination lies with the founder of the largest empire the world has ever known, Genghis Khan, who came to rule a vast world empire is astounding. His ability to conquer his numerous enemies and his success at incorporating those enemies into the ranks of Mongol armies and his growing empire is a riddle for which scholars and experts have yet to provide a cogent answer. The creation of the Mongol Empire has remained a powerfully compelling story and seemingly beyond comprehension for many.

For 140 years Kharkhorin served as the capital of the United Mongol tribes until it was destroyed. Genghis Khan had established it in 1220 in the Orkhon valley. What remains of the capital that stood at the crossroads of the Silk Road are extensive underground archaeological assets and two granite turtles that once stood at the main gate to the city. Four of these turtle sculptures used to mark the boundaries of ancient Kharkhorin, acting as protectors of the city (turtles are considered symbols of eternity).

Now, Ulaanbaatar is the capital of Mongolia and the main hub for trips to any destination within Mongolia and is the country’s economic, cultural and political center with a number of tourist attractions and varied types of entertainment. Located on the bank of the Tuul River and surrounded by four sacred mountains, it is a city of contrasts where modern life comfortably blends with Mongolian traditional lifestyle.

Mongolia has been the birthplace of many famous tribes like the Huns, Scythians, Mongols and Turks that went on to become powerful catalysts for change in world history.The culture and history of the country has been formed largely by the natural surroundings and the nomadic lifestyle of the Mongol peoples.

Mongolian music reflects the deep appreciation that Mongolians have for their country and its beautiful natural landscape. Popular as well is Khoomi Singing which also known as Throat Singing, where singers produce harmonic tones that mirrors the sounds of winds blowing, waterfalls and the chants of Buddhist monks.

Favourite pastimes of the people include Mongolian wrestling called Bukh, a prominent sport amongst Mongols common during the annual Mongolian national celebrations called Naadam. Archery and horseracing are other competition sports in the Naadam that spectators get thrilled about. 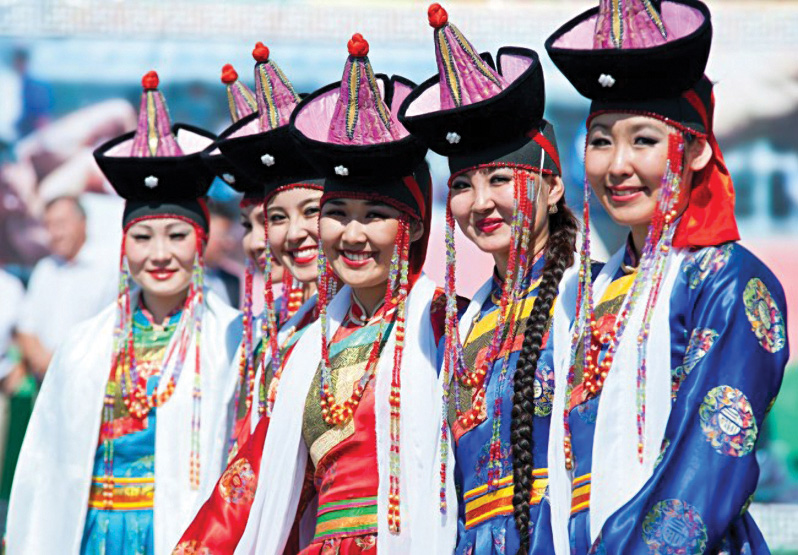 Mongolians hospitality is legendary and an important part of Mongolian society and culture. Travellers are welcomed in the round nomadic home call Gers to share cheese, yogurt, and Airag (fermented mares milk) also popular among Mongolian city dwellers.

The Gobi desert is truly a gem of Mongolia. Stars here are seen so clear that the milky way appears as a dusty disk in the sky. If you like nature, the Gobi Gurvan Saikhan National Park, the largest national park in Mongolia provides one of the last refuges for the wildlife of Central Asia such as the snow leopard, Ibex, Argali, wild assess, gazelles, multiple species of vultures, northern pikas, lynx and Mazaalai, the very rare Gobi bear.

The vast river valleys and great steppes of Central Mongolia are also great for visitors and known as the cradle of Mongolian history and culture. The area is seen as the main land of Mongolian Buddhism abundant with ancient Buddhist temples, nomadic cultural events and pristine nature wonders near the Khangai Mountains.

Terelj National Park,another protected area in the country is named after the Terelj river and has lots of slopes and valleys with high-eroded rock formations, mountains covered in dense forests, wild flowers and vegetation. Adventure tourists can particularly enjoy activities such as rafting, horseback riding, hiking, skiing, camping, and mountain biking.

The Gun-Galuut nature reserve is another popular eco tour destinations of Mongolia. The Reserve has high mountains, colorful flowers, pretty lakes, rivers and wetlands with many famous rare species. It is a home to endangered wild Mountain sheep-Argali the Big Horns, White-napped crane, Siberian White Crane, Hooded Crane and the rare Black stork, Asian heron, Whooper swan, Swan Goose among many animals that children would enjoy seeing possibly for the first time.

Tourists visiting the Nature Reserve are able to enjoy rafting and fishing in the lakes and rivers, camping among beautiful and peaceful natural environments, visiting nomadic families, riding horses, yaks and camels and getting insights into the traditional nomadic lifestyle and culture of the Mongolians. 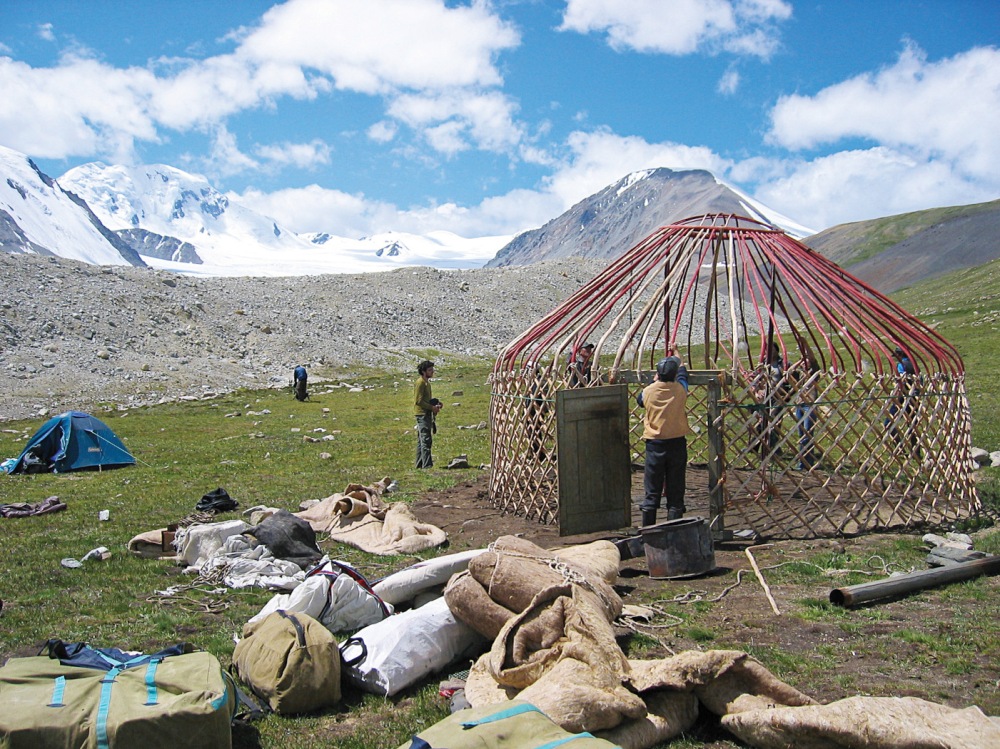 Like most green parts of the country, the Northern part of Mongolia is mostly covered with mountains, dense forests, rivers and lakes. The most distinguishing feature of the region here is the beautiful and pristine Lake Huvsgul. This clear-watered lake contains 65% of all the fresh water of Mongolia with nine species of fish inhabit the lake, including Siberian grayling and lenok. Nearby taiga forest, forest steppe, mountains, and the lake itself provide habitat for many species.

Another prominent characteristic is being able to see and experience themodern Buddhist cultures of Mongolia and still find that the surrounding area is home to the  people from ancient tribes, mainly the Uriankhai and Darkhad people, as well as the Tsaatans, the Reindeer riders of Mongolia.

The Tsaatan Reindeer Herdsman, a branch of the Turkic speaking Tuvinian or Dukha ethnic group possess a social and material culture, which has remained unchanged since the Ice Age. Shamanistic or totemic rituals and symbolism are central to the social organization of the Tsaatan. Shamanistic rituals of healing rely on rare medicinal plants and animals unique to this landscape. The area is perfect for vacationing, kayaking, canoeing, hiking, trekking, sport fishing, and bird watching.

Another attraction is the majestic Altai Mountains, which towers over the western part of Mongolia stretching for over 900 km. The range is home to Argali wild sheep, Ibex, Brown bear, Fox, Wolf, as well as the endangered Snow leopard and Lynxh and the region is rich in significant archaeological sites with evidence of human habitation. The Western Mongolia is also home to many ethnic groups that include theTorguud, Durvud, Bayad and the Kazakhs. Mongolia truly blends the best of history, culture, nature and modern expeditions in the best way possible. It is a place that should be on everyone’s bucket list.

A snapshot of all things lifestyle by Island girls Shereen Shabnam and Natasha Dury. View all posts by Business & Lifestyle Publishing

Insights into life in the Kingdom

Empowering people one word at a time